The British Junior Championships was held at The Queen's Club from Friday August 19th through Sunday, August 21st. It was a fantastic event with an incredibly high standard of British junior Real Tennis Players.

For the first time the event was fully streamed, on both courts, allowing distant parents and relatives to see their children in action – a superb job by Ben Geytenbeek and Jacqueline Siu (photographed below), who set up a multi-camera stream system, complete with audio and scoreboard to live stream all of the matches. You can find links to the video footage below, and all of the videos are also available on T&RA’s YouTube channel.

On Friday the Under 12s and Under 14s fought out their respective qualifying. Albie Tomlinson (Oratory) played the most Tennis, working his way through two groups, topping both. A tight final group saw Elliott Philpott (Washington) win through on counting the games he had won. In Sunday’s final, Elliott stormed through to take the Under 12 title, avenging his earlier defeat to Albie. The Under 14s had more entries and Caspian Rugg (Bristol) and Alex Boulton (Seacourt) won through their groups. Malati Rice (Bristol) won the Under 14 Girls award. Laszlo Garson (Oxford) narrowly won through to the final group where he continued to shine, reaching Sunday’s final against the rising superstar, Max Warner (Queen’s). It was Max’s final, winning a competitive match 6/4 6/4.

The Under 16s and Under 18s played on Saturday, with Francesco Saviotti (Queen’s) playing well to win through two group stages, and Laszlo Garson (Oxford) also standing out and reaching Sunday’s final against the extremely strong Henry Henman (Radley). It was Henry’s final on Sunday as he maintained his impressive form. In the Under 18s, a good performance by Ambrose Garson (Oxford), winning through two group stages, before meeting his match. The final qualifying group was played on Sunday morning with four players below 20 handicap. Oliver Pridmore (Hobart) and Bertie Vallat (Queen’s) both played well but couldn’t match Max Trueman and James Medlow (both Seacourt). Max and James came through this tight group with every result making a difference, with Max showing his credentials in the final, adapting to the conditions at Queen’s, with a 6/4 6/1 win, but James pushed him all the way.

T&RA Chairman Fred Satow presented the junior prizes after the finals to cap off a fabulous three days. Jim and Laura Duncan presented the Nat Duncan Trophy for sportsmanship to Louis Potts (Canford).

(A complete list of final scores can be found here).

LINKS TO FOOTAGE FROM THE JUNIOR BRITISH OPEN SINGLES CHAMPIONSHIPS:

The Junior World Championship is now being held at Seacourt Real Tennis Club on Monday 22nd - Wednesday 24th August where all matches will be streamed here. 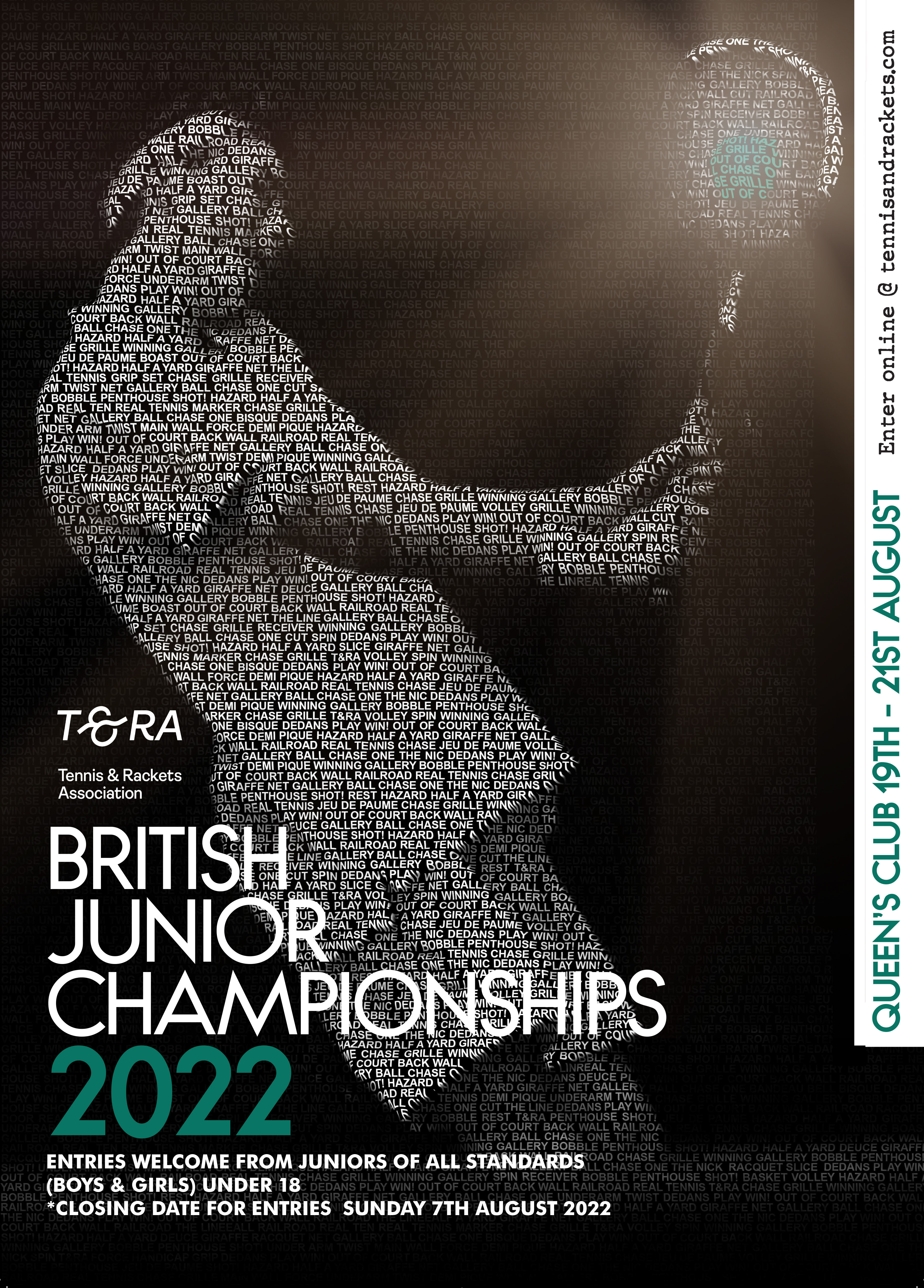 Junior Draw and Results
Share this page:
All News