The big day arrived and we were ready for a tough day on court against Oxford! Oxford have a great track record- under the careful eye of their Captain Chris Lintott they have reached 4 finals in the last 5 years!

We had to make a tough decision on Thursday! Do we play Tom Monk and roll the dice that his wife can hold off giving birth of their first born until Monday or play safe and put super sub Simon Roundell in the line up- Wiser heads prevailed and we put Simon in the 30 singles-First up was Willem Sweet and Francis Moore in the 35 doubles- They took on James Kempton and Georgie Willis, a solid Oxford pair with a strong partnership! Willem and Francis started strong with Willems booming forces which had the dedan ducking and Oxford looking for their safety helmets- Francis as always kept Willem calm and composed while hitting perfect length winners throughout the match and we took first blood 6/1 6/4!

Up next was super sub Simon who took on Matt Alder- This had three sets written all over it and we were not disappointed- SFR started strong with an array of heavy cut shots, accurate forcing and a lot of running- every point was played like a match point- SFR took the first 6/4 and lost the second 3/6- Post Covid symptoms appeared for Simon with a little fatigue and slowing of pace, which allowed Matt the vital opening to exploit, which he did without mercy and took the match 6/3! We could not ask anymore from Simon – huge effort and a lot of passion was on display for the packed dedans.

Up next Benji Barnes V Quentin Gueroult - This was the pivotal match of the day- Both captains new the match could be won or lost on this result- Both players were super fired up and Benji chased down every ball but Quentin found the grill with alarming regularity and Benji struggled to hold the service end- Strong tactics from Oxford but Benji responded like a legend from the roar of support from the Dedans and followed team captains (DPJ) advice to the letter- On this point I was receiving text advice from the dedans and numerous ideas from the crowd for Benji to follow!! Most of it was exceptional advice!! Against play Benji pulled out a masterful 11th game, attacking and defending each ball and pressurised Quinten into a series of errors- 6-5 Benji! Second set followed the first and at 4-4 it has very hard to watch as the nerves of team captains and the dedans was palpable- Benji on orders to step up and attack the ball didn’t just take the lead 5-4 but used that momentum and aggressive play to convert his third match ball to win the match 6/5 6/4- To say Benji was exhausted from the physical and mental exertion was an understatement!!

Up next was Cesca-almost a guaranteed win in the 50 singles and Cesca took on Liz Leach, who can play with both hands and has exceptional match play tactics to cause an upset! Cesca was dialled in and super focused from the first ball,everyone new the match was in the bag and Cesca didn’t disappoint with a clinical dismantling of Liz’s game with a 6/2 6/1 win to take the Brody Cup for the first time in WRTC short history- The Dedans erupted and went wild!!

There was talk of cutting short the final match and even getting on with the presentation but after the events at the Pol a quick and decisive decision by the captains was made and NOT to change a single thing! Clive and Tim wanted to finish the day with a clinical finish and stormed the first set 6/1 to a stunned Oxford pair, who looked a little deflated (understandably) but Oxford team captain Chris Lintott gave a passionate speech which ended with “ time for you to put on your big boy pants” and Oxford certainly put them on and took the second set 6/3 Game on and both pairs were now playing as if the title was decided on this result- No surprise it went 5-5 in the third and after some amazing rallies, tactical, calls, superb escape and attack shots on display the motivational speech won through and Oxford won the final point of the day. WOW What a day!

A huge thank you to our traveling supporters who made all the difference and showed the passion and commitment our club has for real tennis- A big thank you to Oxford for being such amazing opponents, fierce on court and super friendly off court, the perfect balance to a successful Brodie Cup. I can’t finish the report without thanking George Scott for playing in the semi final against Radley and getting us over the line and into the final and to Tom for all his efforts and success in the earlier rounds! 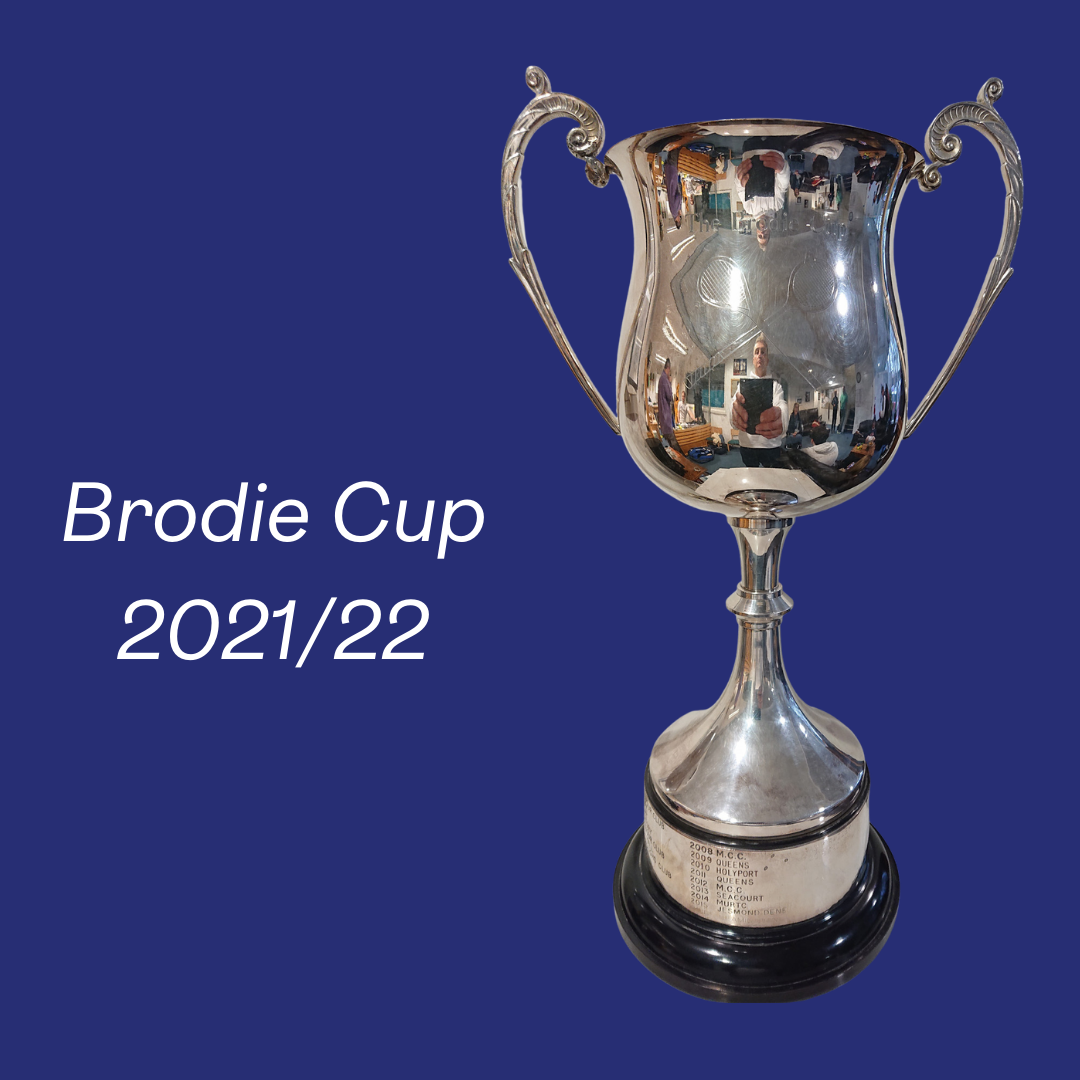