There was another great turn out for the Ladies Doubles Rackets Tournament at Malvern College at the weekend. The standard of play is ever increasing and this was shown in a fantastic final. In the Semi Final’s Tara Lumley and India Deakin played incredibly well to beat Vyvyan-Robinson and Tilly Wood, a young pair from Cheltenham College and in the other Semi final Georgie Willis and Francesca Sweet overcame the solid pairing of Abbie Whybrow and Fionnuala Dowling Membrado from Cheltenham.

The Final looked like a close affair, and this proved to be the case, with each game going into double figures. After winning two close games Lumley and Deakin let down their guard and lost the third game 13/15. This could have been costly as Willis and Sweet were visibly gaining in confidence, but the experience of Lumley and Deakin was vital, and they managed to edge the fourth game 15/11 to claim the trophy and title of British Open Doubles Champions.

In the plate competition the Queens pairing of Isabel Hunt and Isabel Candy were too strong for the Cheltenham pairing of Emilia Lewis and Bea Cornwell winning 15-4 15/6. They just had too much weight of shot for the school girls and win a trophy in their first ever competitive outing!

This was another well supported event and it great to see the women’s game thriving at both senior and junior levels.

Master in Charge/Head Coach of Rackets 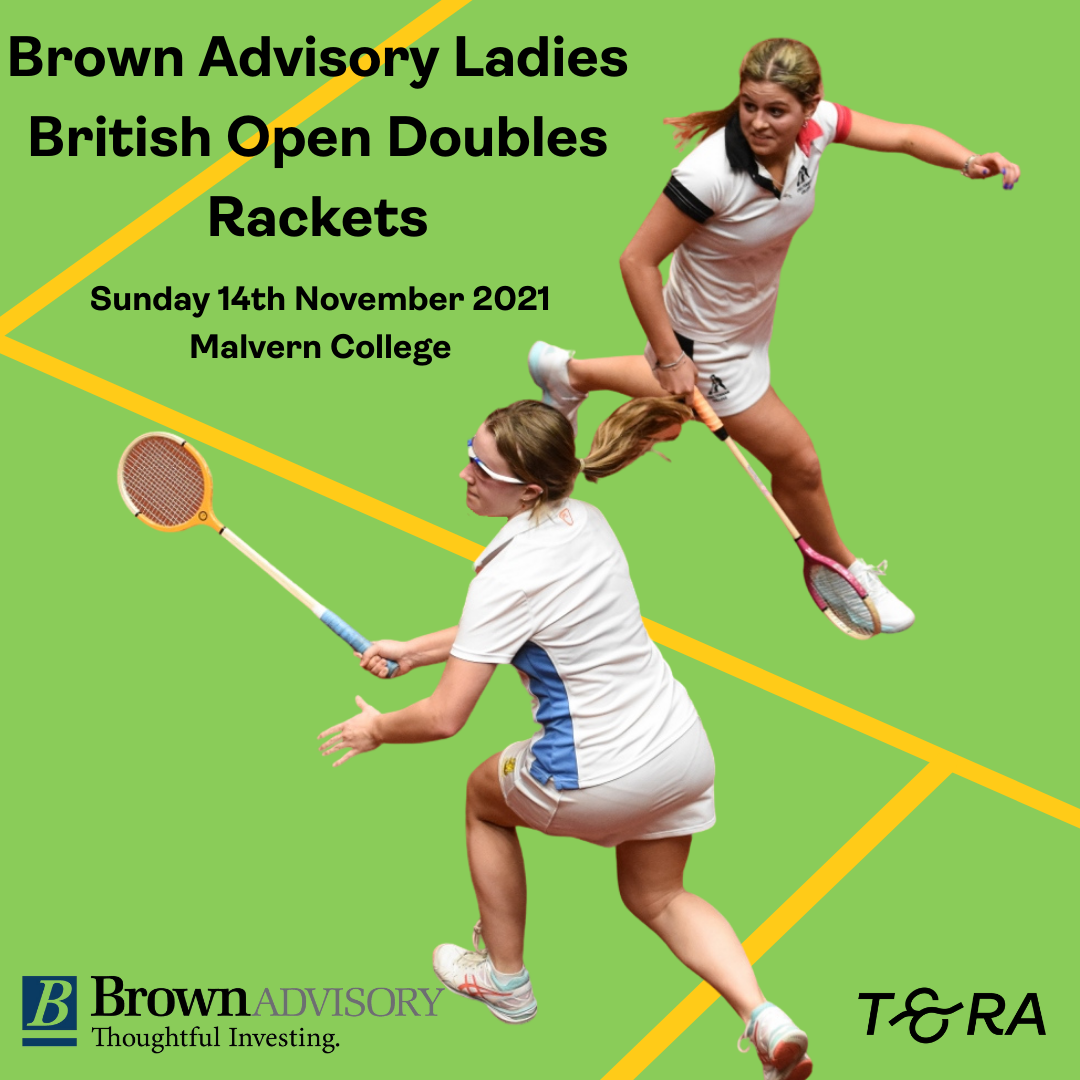