Two years after the previous event, competitors returned to Manchester to engage in the 2022 - the National Over-60s tournament level singles and handicap doubles - version.

A couple of late withdrawals from the Kershaw did not dampen the ardour and enthusiasm with which those gathered engaged in proceedings. The early rounds went to form, with the holder, William Maltby, readjusting to the Manchester court with some ease, and dropping only 2 games (both in his first round) on his way to the final. There was a close match involving Geoffrey Russell and Patrick Lawrence which went to a deciding set and a nip-and-tuck semi final between Martin Richards and Geoffrey Russell, with the former prevailing 6/4 6/5.

The final was a repeat of that in 2020. Then, William was perturbed by the unexpected ferocity of Martin’s forcing play and only prevailed in a very close match which could have gone either way in the first set. This time, he was ready for the onslaught and prevailed relatively comfortably 6/4 6/2.

The B singles was won by a resurgent Paul Butler who defeated Ronald Paterson 6/2.

The Thomas Trophy has never been successfully defended. The holders, Johns Mortimer & Oliviero, were trying to buck the trend. The quality of tennis in the knockout stages was remarkably high - remarkable when you consider that nearly all participants had enjoyed an excellent MTRC dinner on Saturday evening, Noman Hyde insisting that tradition should be maintained and the port should flow.

Simon Johnston & Tony Harrison had to survive a 4-all 40-all q/final match against Jamie Bebb & Ronald Paterson to progress but the best s/final match was the two Johns beating Patrick Lawrence & Nick Jeffery 6/5. In the final, Simon & Tony, having honed their team skills to a high level at Jesmond Dene, were too steady and beat the two Johns 6/3 in a noisy final. History was not to be made.

All matches were marked and controlled by a new combination of professionals. In Darren Long's absence, a guest marker, Tom Granville came up from Moreton Morrell to join our own Steve Brockenshaw and they did, of course, a cracking job. Finally, all thanks, as ever, to Stella and her team who kept competitors fed and watered to a very high standard as always. 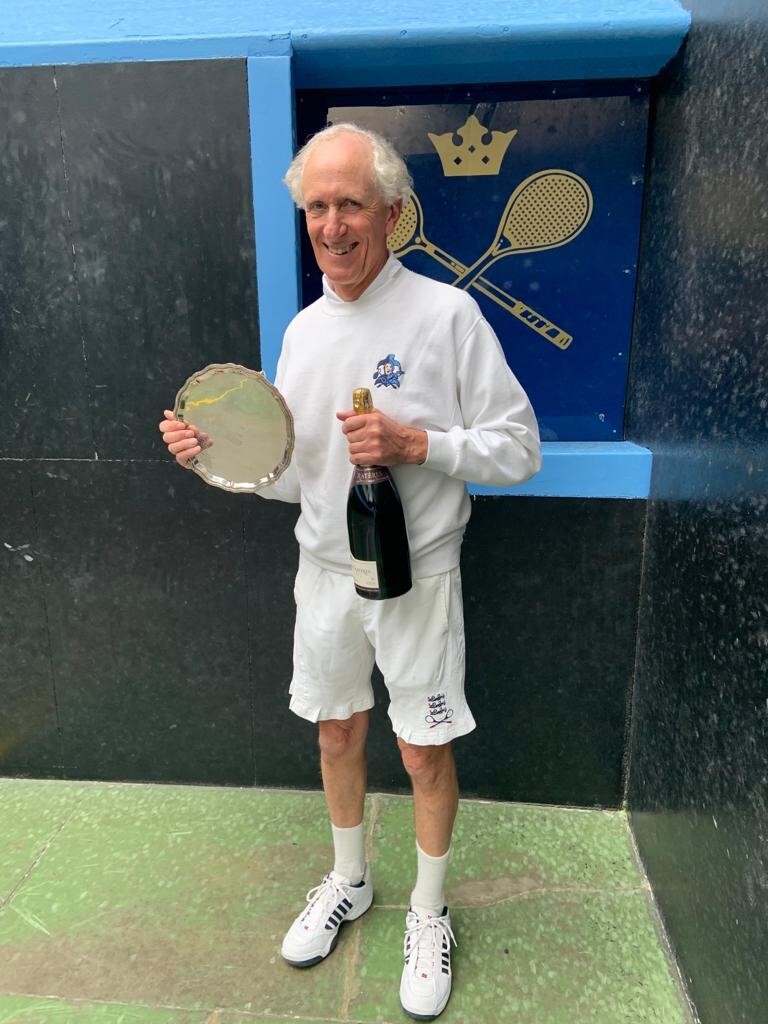