The last time the Ladies Open Championship was played, in 2020, (not played in 2021 due to Covid) Tara Lumley just beat India Deakin in a splendid final by 3 games to 2. In the semi-finals in the 2022 event, Tara was beaten 15/9, 15/14 by Georgie Willis and India was beaten 15/14, 15/5 by Cesca Sweet. Tara had two game balls in the second game but Georgie got her out both times to then take the game 15/14 and secure her place in the final. India led Cesca 14-10 in the first game before Cesca had a run of 5 to win this crucial opening game. Cesca then had two runs of 5 to lead 10-4, and although India got back in hand 3 more times, she could only reach 5-11 before Cesca had another run to take the match.

The knock-out stages of this tournament were preceded by Group matches in the qualifying event. Isabel Candy won Group A, Honor Cockroft won Group B, and in the all-Cheltenham Group C Alice Vyvyan-Robinson came through. Mark Briers, the Cheltenham Rackets Pro, should be congratulated on the quality and enthusiasm of the girls in his charge. All the co-educational schools with Rackets courts might try to emulate the programme now available to the Cheltenham girls’ squad.

The final between Georgia and Cesca was superb. The second best Ladies match ever, only eclipsed by the epic win, 3 games to 1, by Lea Van Der Zwalmen over Claire Fahey in the Inaugural Ladies World Championship back in 2015. In the 2022 Ladies Open final Georgie won 15/12, 13/18, 15/12, 15/9. The match was full of excellent serving, fine taking of the serves, many rallies of outstanding quality, with the initiative switching back and forth in all the four games. For instance, Cesca led 10-4 and 11-8 in the first game but lost it. Then Georgie led 7-2 and 13-10 in the second but lost it. In the third Cesca led 5-0 and 12-8 but lost it. Even in the fourth, Cesca was down 1-10 and 5-11, but in getting back to 9-11 she looked as if she might well take the match to a decider. However Georgie held her nerve to get the service back and closed out the match for her first, but well deserved, Open Singles win. This reversed three previous losses in the final to Lea VDZ in 2015/16/17. Cesca is still in her last year at Wellington and has learnt wonderful rackets strokes from Wellington Pro, Ryan Tulley. As yet she has not acquired the discretion to quite know which shots she can safely go for, and which shots she just needs to ensure she gets back into play, but it is marvellous to see such impressive technique. If Cesca can continue to work on her game on leaving school, she must surely be a potential threat to Lea Van Der Zwalmen’s dominance of the Ladies game over the last 7 years.

Pictures from the final 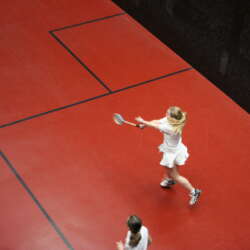 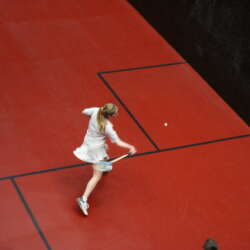 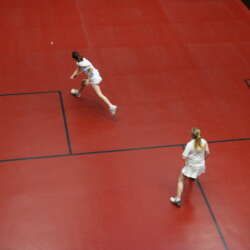 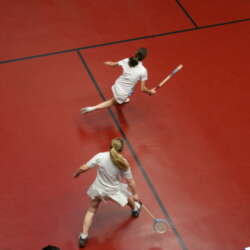 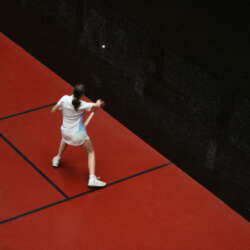 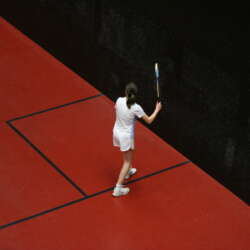 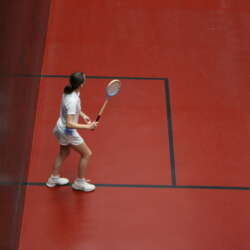 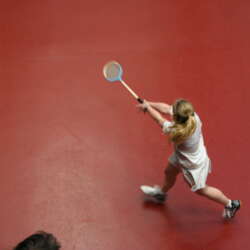 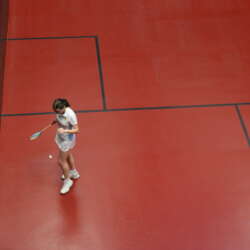 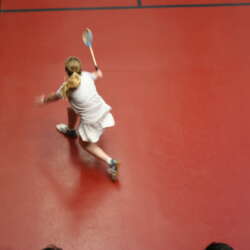 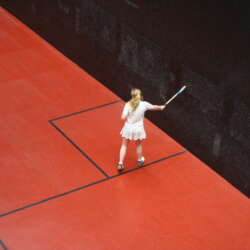 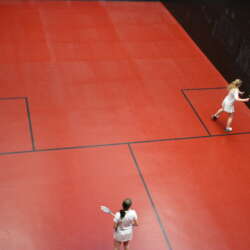 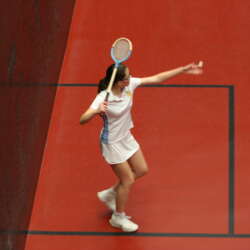 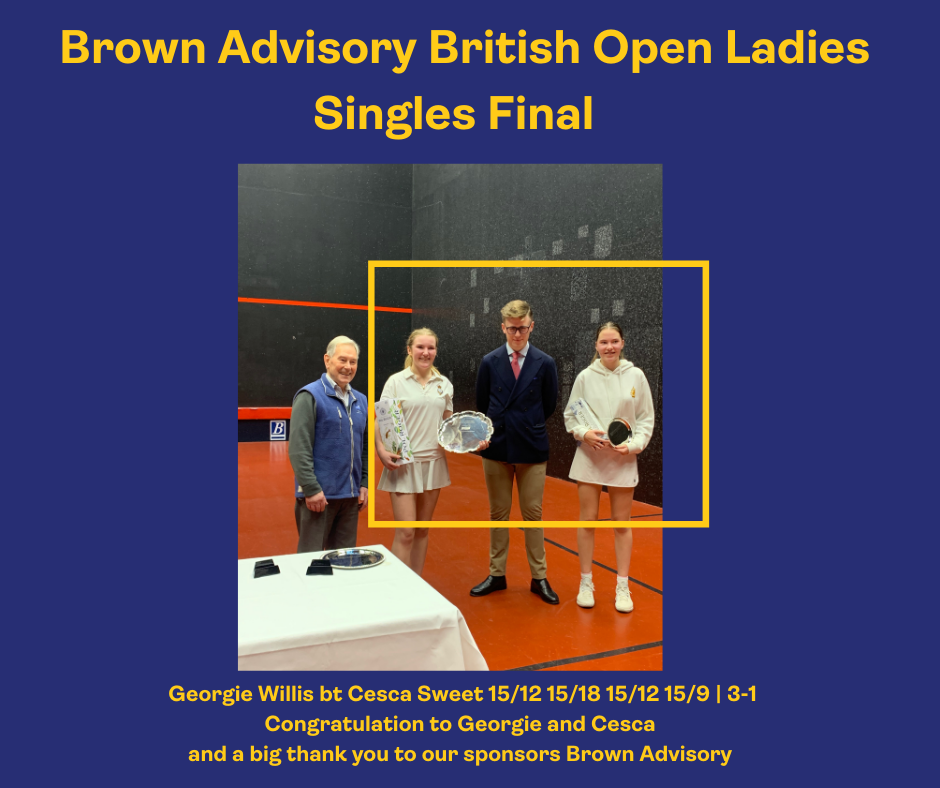 Draw and Schedule Watch the match here
Share this page:
All News