On Wednesday 27 April 2022, Harrow School held a long-awaited celebration for the official opening of The Prenn Hue Williams Court (postponed since 2020 by the pandemic), welcoming back a number of Old Harrovians, friends, professionals from other schools and contractors to the new look and very smart Rackets court.

Formerly known as the ‘Old’ court, the newly named court is a tribute to Old Harrovians, John Prenn (The Head Master's 1966³) and Charles Hue Williams (Bradbys 1956²) who were not only formidable players and champions but have been faithful supporters of the game for many years and, alongside the School and Harrow Development Trust, have spearheaded a campaign to fund the building of the new court, completed just before the pandemic in Spring 2020.

Ahead of the official opening, exhibition matches were played between two OH champions, Harry Foster and Alex Titchener-Barrett and a pairing of Harrow boys. This was followed by speeches by the Head Master, John Eaton, Harrow’s long-serving Rackets Professional, Charles and John. A celebration drinks reception was enjoyed by all. 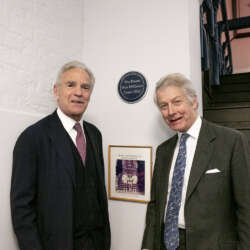 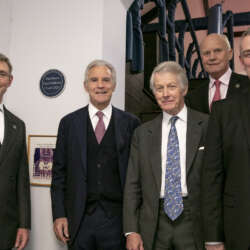 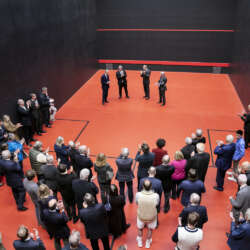 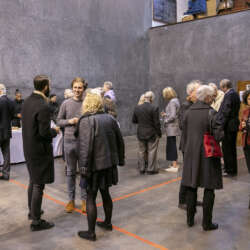 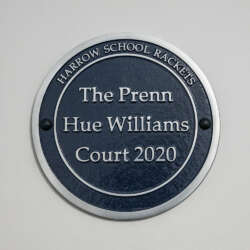 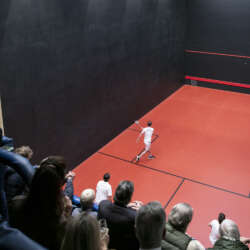 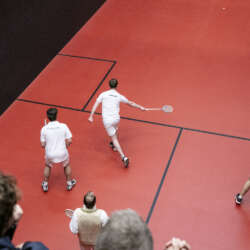