Thanks to the generosity of the Ladies World Championship spectators we raised £100 for Ukraine through ticket sales and the T&RA will match this to make the overall donation of £200.

Cesca Sweet, National Under 18 Champion, won the right to challenge Lea Van Der Zwalmen, Ladies Rackets Singles World Champion, for the title. Cesca served first but Lea quickly gained the advantage and started stacking up points. Although now based in Bordeaux, Lea had not lost any of her skills and control, sending Cesca scrambling around the court, defending to the best of her ability. Cesca, powerful service and superb reach had won her through the eliminator process, but Lea was adding additional accuracy. The first game was quickly over, with Lea winning convincingly, 15/2. More of the same in the second game, as Lea stepped up the devastating shot-making, missing nothing but always adding perfect weight to her shots. The second game was quickly over, with Lea running away 15/0, and establishing a 2-0 lead.

The third game was very different. With little to lose, Cesca started playing more shots and establishing herself in the rallies. Coupled with finding even better angles on her powerful serves, the game seemed delicately poised, with Cesca holding a 9-8 advantage. But Lea hasn’t been champion for the last seven years without knowing when to find another level, which she now did with sublime ease, taking back the service and slowly, but steadily, closing out the game, and the match, 15/9, successfully defending her title by three games to love.

Both ladies embraced after the end of a brilliant display of Rackets. For Cesca, so much to cherish, after producing the performance of her life; for Lea, once again showing the packed gallery why she is simply the best. Congratulation to both ladies. Chris Davies (T&RA CEO) presented the prizes and thanked fellow sponsors, Situ, along with long-time supporters, Pol Roger and PlayBrave. He also thanked the legendary Howard Angus, marker, and Paddy Sutton for refereeing the match.

The first match saw Open Champion, Georgie Willis, up against Open and World Doubles Champion, Tara Lumley. The points were closely contested with each player inching ahead at times, but it was Tara who persevered to win 15/8 15/10. In the second match Open and World Doubles Champion, India Deakin played Cesca Sweet from Wellington, the National Schoolgirls champion and a rapidly rising talent. Cesca’s service dominated the first game but India found her range and fought back in the second. However, Cesca just had enough and triumphed 15/4 15/12.

The final eliminator was equally tight, as most would expect, and both Tara and Cesca had period where they were on top. Cesca’s service and incredible reach was matched by Tara's experience and skilful shot making, and both ladies played top class Rackets. Both games were tight but Cesca nudged ahead at the right time to win the first 15/12, twice having to serve for the game. Cesca then carried that momentum in the second game and built a steady lead which Tara was unable to claw back, with Cesca running out 15/8, and the right to challenge for the World title. 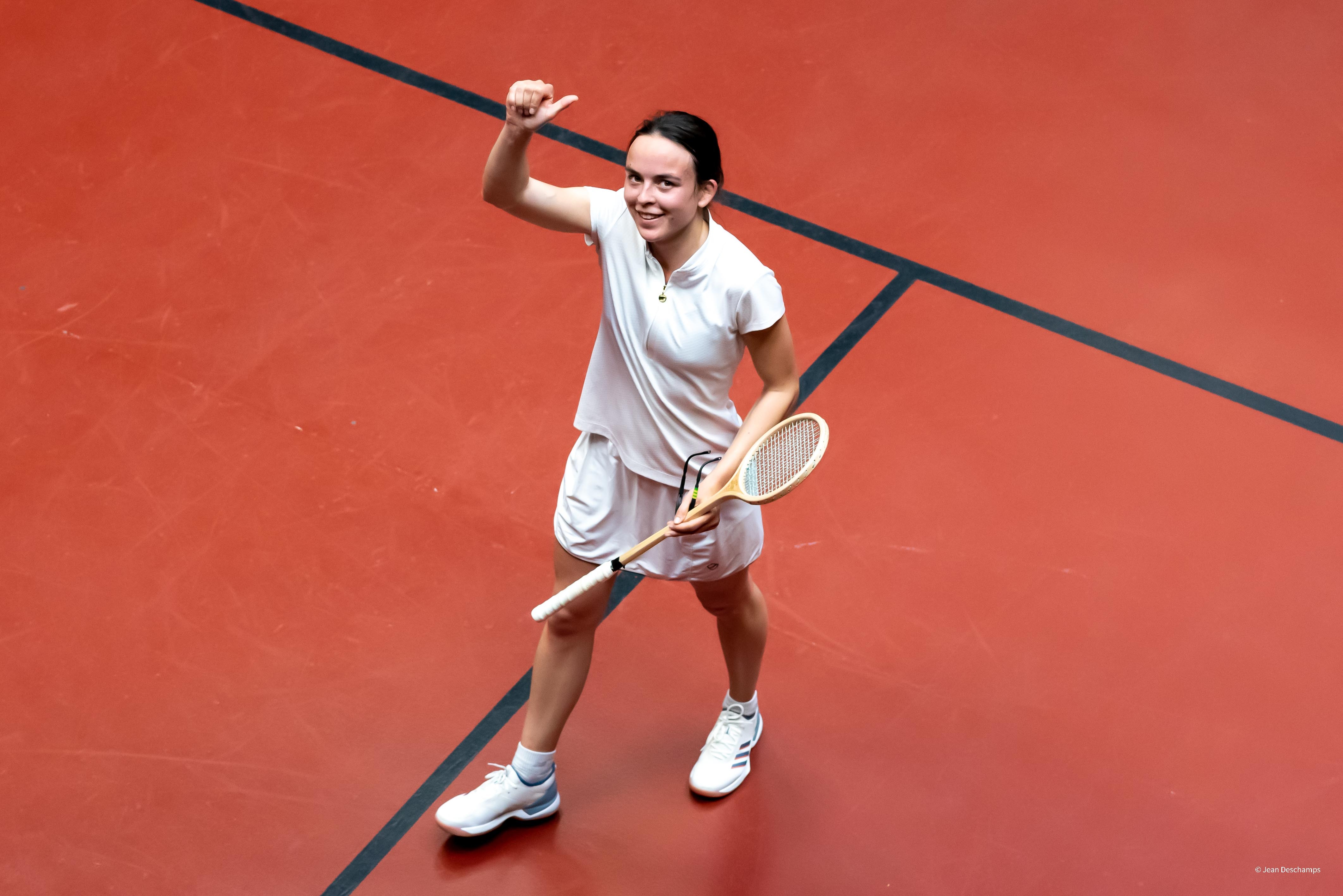 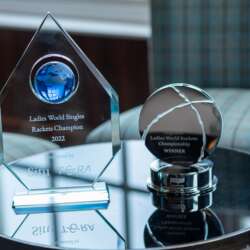 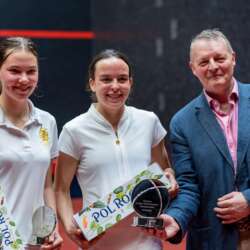 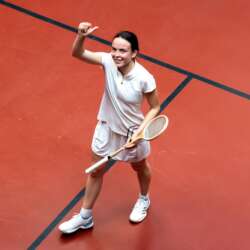 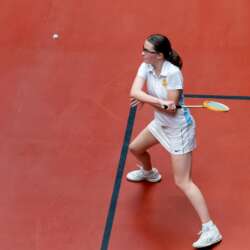 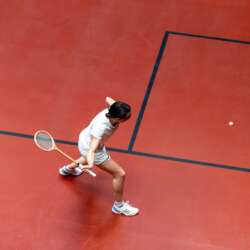 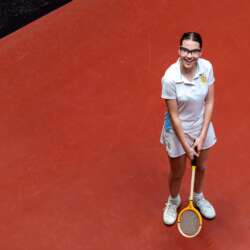 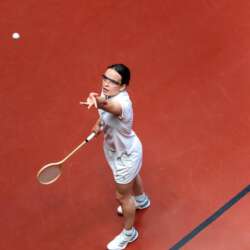 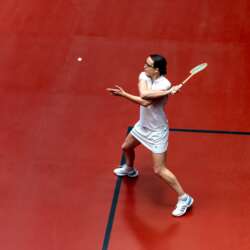 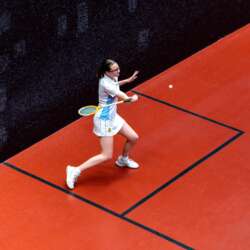 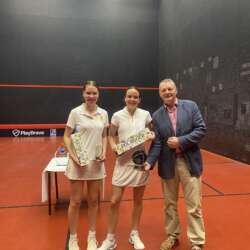 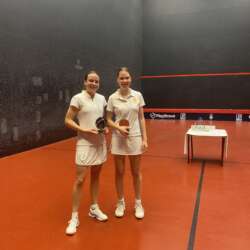 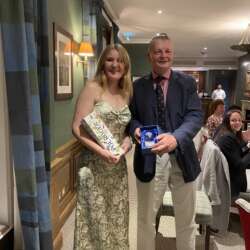 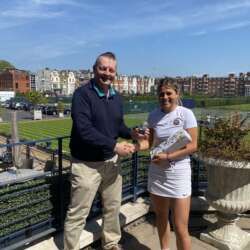 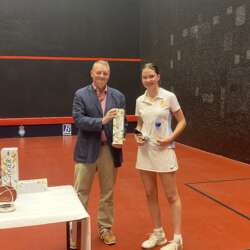 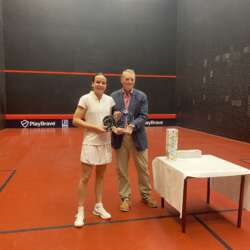 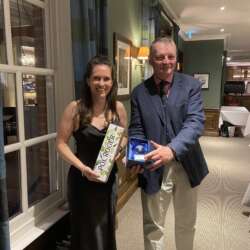